Just added to your cart

Let's be real. You're GOOD AT THIS GAME.
You are ALREADY winning.
There's not much I can tell you that's going to level up your madd skillz
but I'm going to give it a go anyway!

Use your designs to create images and scenes that they maybe aren't designed to do! See how we can create a window effect by turning this scrolly border/design stamp to face inside instead of outside? That simple rotation of this stamp gives a whole new look!

Another thing you can try -- see how I used a larger P and Y for PALMISTRY? If you have two sizes of the same font in your stamping arsenal, you can really amp up your stamping and the look of your stuffs by adding a couple letters in a larger size the words! 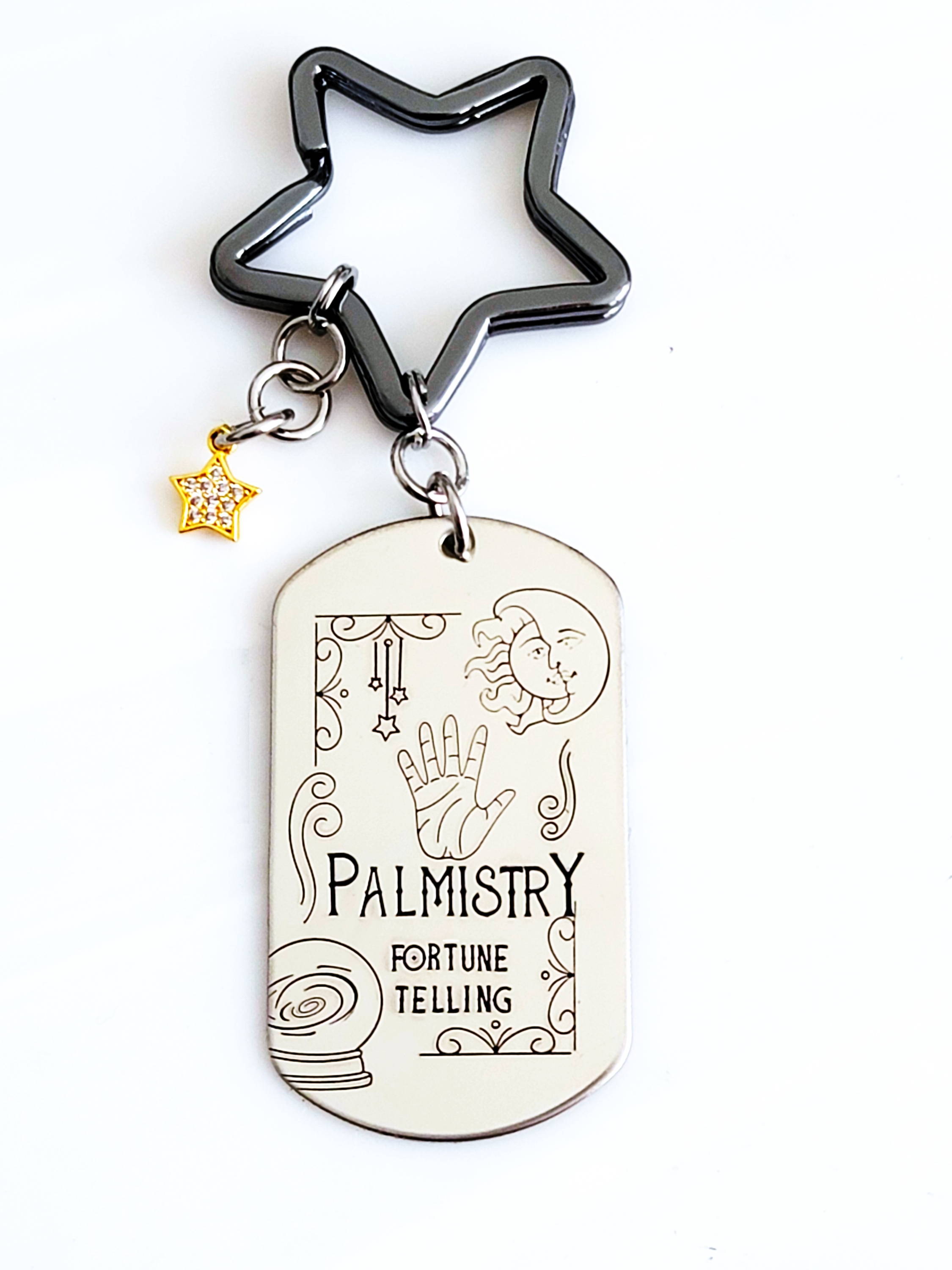 Let's take a look at another example.

This next image uses the Mountain Range and the Eff-it All guy in new and different ways than you'd probably reach for them. In fact, I remember the first time I ever posted an example in our Facebook group of using the mountain range as a cliff. It was when we launched the wolf design stamps, and I have a wolf standing on a cliff, howling at the moon. People's minds were blown. I HAD ROTATED A MOUNTAIN 90 DEGREES AND CREATED A CLIFF?! WHAT?! Blasphemy! But that's the thing about leveling up your stamping to Expert Mode -- you see stamps in a completely different way than everyone else. You can rotate the image in your head and see new uses for old designs that other people didn't think of yet!

The Eff-It All guy is a hilarious example of this. In the beginning of the lifetime of this stamp, the running joke in our stamping group was "What is Stephanie going to make the Eff-It All guy do now?" because it seemed each launch I tried to incorporate him doing a new activity that had nothing to do with his intended purpose. I had him hiking, he was surfing, and in this photo, he's hanging from a car dangling off a cliff.

I encourage you to grab for your mandala set, punctuation, borders, and line stamps, and see what incredible thing YOU can make just by thinking outside the box. What new thing are your design stamps going to do today? 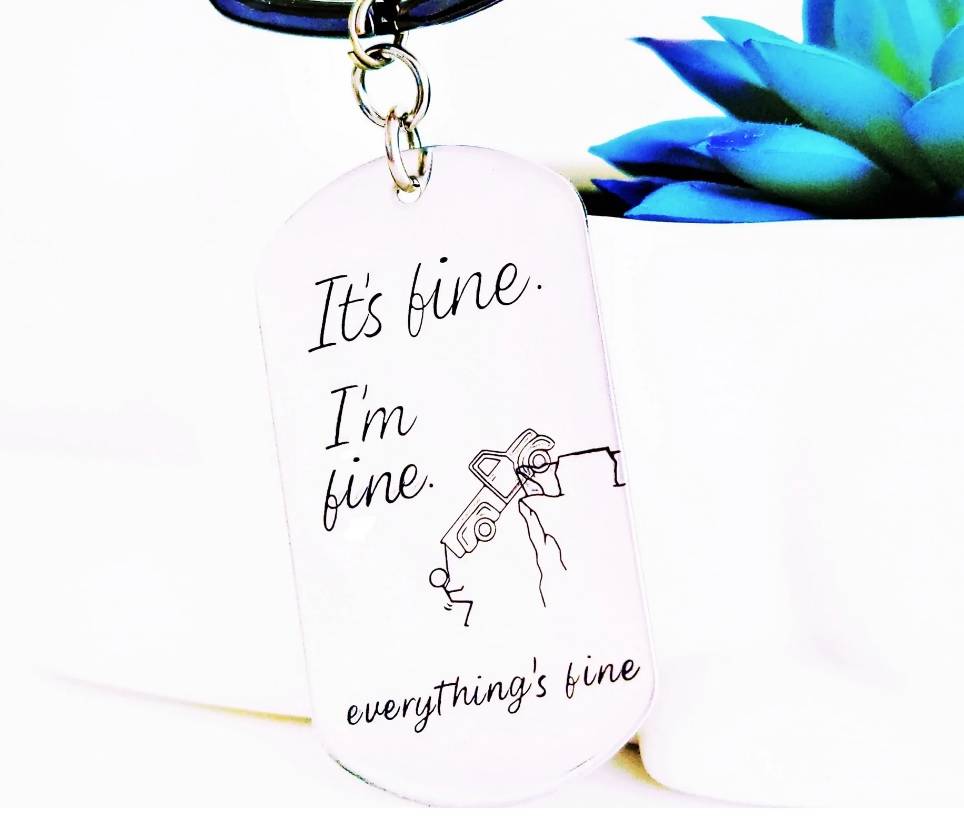 Check out this video!

MIX UP THE MEDIA

Who says you have to stamp on metal and put it on a chain or a bangle or cuff? Nobody! Step outside your box! Use leather, like the picture shown here, or do beadwork, or try setting your stamped blanks in resin and making more ornate jewelry! 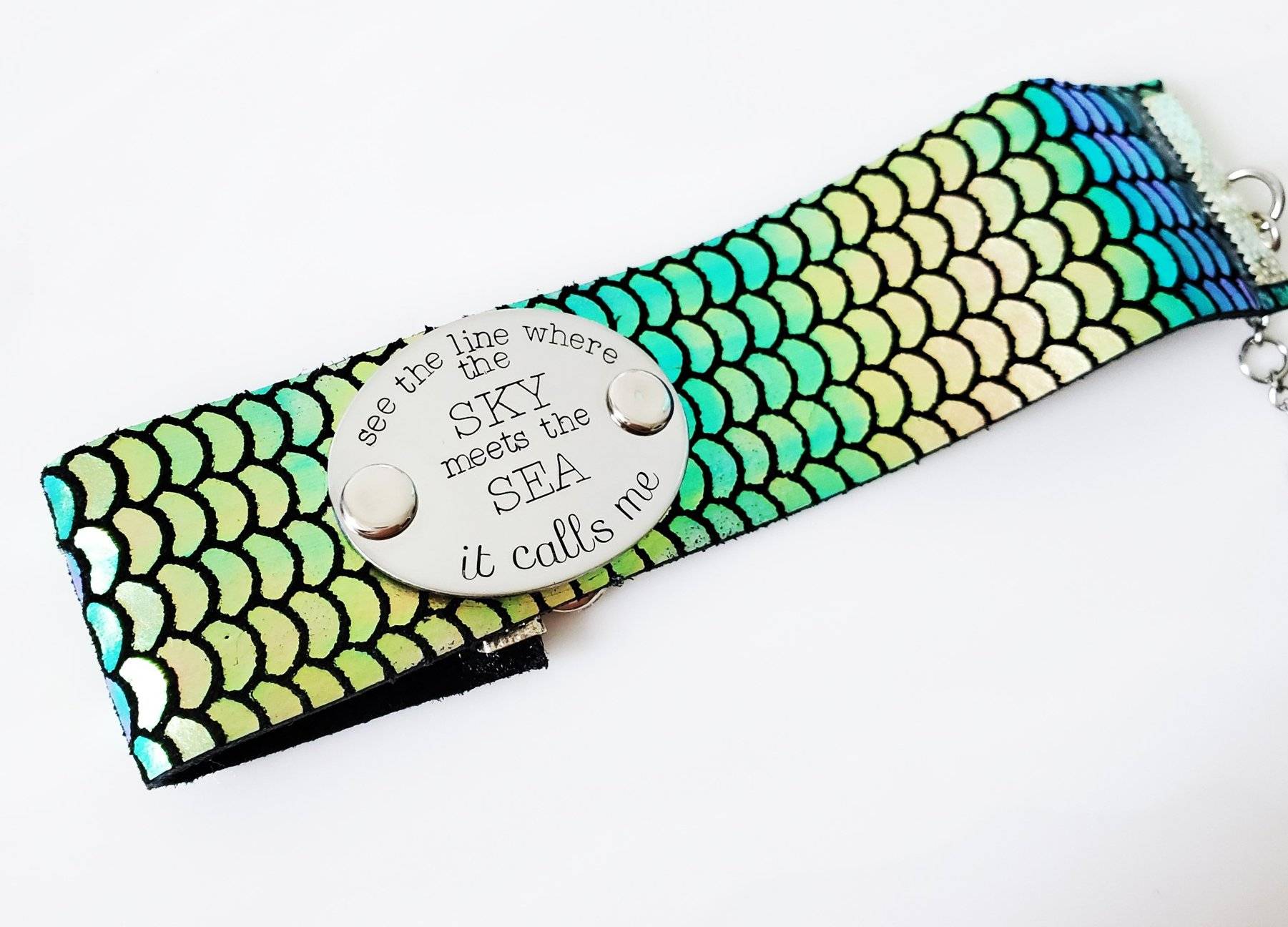 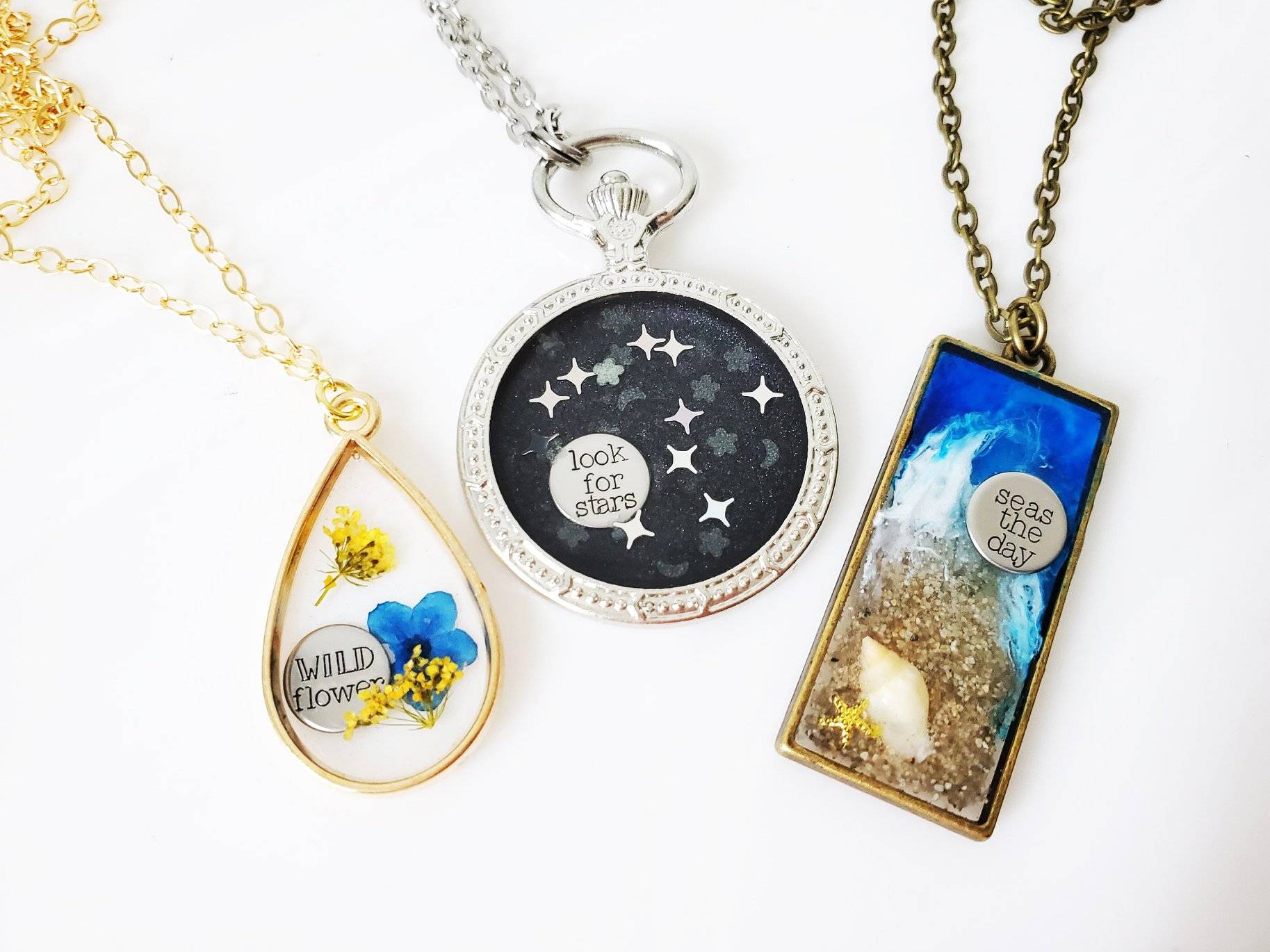 Another new idea -- making something that can be interchanged and exchanged. Why? Because this brings your customers back for repeat orders!

Think about brands that sell accessories to things.... Alex and Ani, Pandora... You purchase the main thing, a bangle or bracelet, but you keep coming back to add on the new charm!

So how can you incorporate this same principle into your stamping stuffs? By making something that can be changed based on the mood of your customer.

Take a look at this example. It's a simple beaded wrap bracelet which you've seen a million times, right? But look a little closer.... the message is clipped on using lobster claps. That means your customers can change this message by removing the blank that's clipped to those clasps, and add a new message for however they're feeling today! Saucy and spicy? Sweet and inspired? Loved? A gentle reminder? A gift from mom or dad? A special quote that makes them recalibrate their focus? A graduation message? THERE ARE SO MANY POSSIBILITIES!

But do you need to make a wrap bracelet? NO! You can make anything you want! The point is, think about how to get your customers coming BACK to YOUR SHOP because they want the newest thing and don't want to pay a fortune starting again from scratch. Think like a customer, and you'll get more orders!